I was asked to paint a very special portrait of a much loved boy Rigo.  Since he has passed away I was supplied by photo reference by my client and I hoped I could capture something of Rigo for his humans to remember him by.  The photos were lovely, I just had a little work to do on his left eye as he had been unwell with it when the photo was taken. 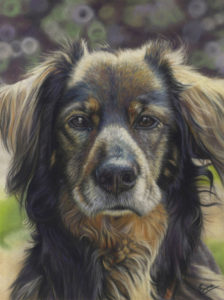 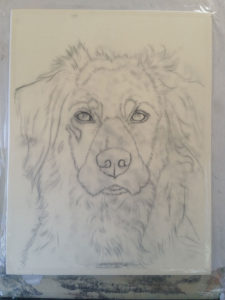 I decide to use the yellow velour as there is a really light area across the top of his head which I want to sing out.  The yellow provides enough of a midtone for the rest of his coat.  Although to be honest you don’t see much of the paper by the end. 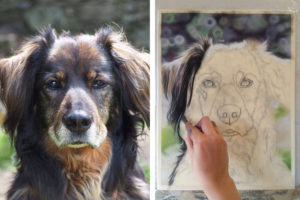 Here I’ve blocked in the background and done a little bokeh effect with circles.  I wanted to keep the background very simple as so little of it is showing.  But I like how Rigo’s face fills the picture, lots of room for detail! 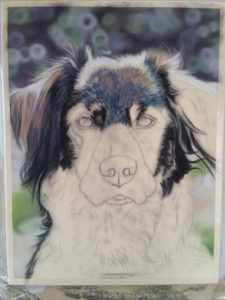 There are so many colours in Rigo’s coat glinting in the sunlight.  I can see vibrant purples, blues, oranges and bits of zingy yellow.  I’ll use really bright colours throughout although they will dull a little as they blend together giving them a more natural look. 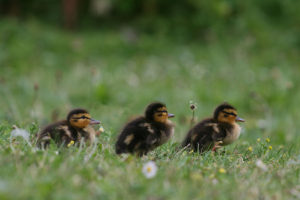 This week we’ve been travelling North in Holland.  The weather has been pretty nice and we’ve stopped in several small towns and villages.  There is not so much wild camping here as there is very little wild space in The Netherlands.  But even so it’s very pretty with the canals and the thriving bird and insect life due to the Dutch and their ingenuity with the botanical world.  These ducklings came to breakfast one morning, the perks of waking next to a canal.  I hope to turn this into a painting, it’s too cute not too! 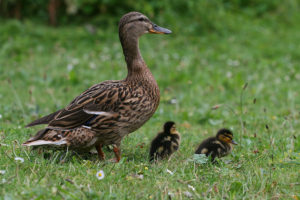 Mummy duck was very generous in showing me her babies.  In return for a share in our breakfast bread. 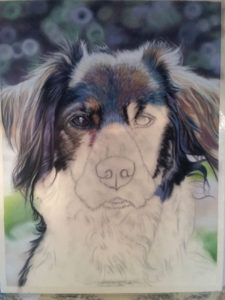 I begin work on Rigo’s right eye.  This one is quite clear in the photo so I’ll really be using it to judge the shape of the left one. 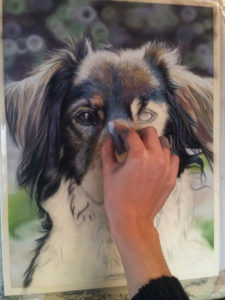 I work the right cheek and this side of his face starts to take shape.  There is so much darkness in under those ears.  I use solid black often with colours overlaid to create rich deep contrast. 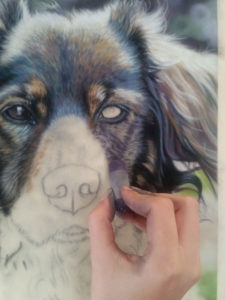 I start to work the other side of his face.  I have the eye outlined with pastel pencil before starting to fill it in. 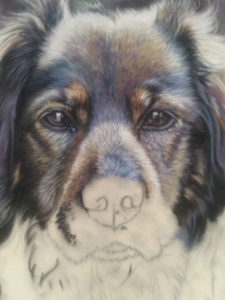 I think both eyes look pretty even.  I had another photo of Rigo with both eyes the same so I used that for reference also. 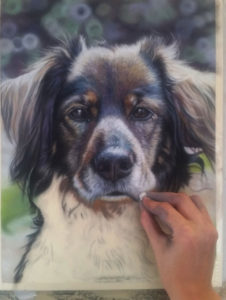 I love when a photo has good contrast of light.  There’s no better way to create the effect of a muzzle coming out of the picture towards you than to have it caught in the sunlight.  The brightest areas on the painting will be on that muzzle and the top line of his head. 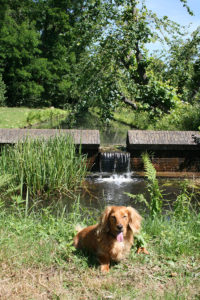 We stopped over in Vassen, a small town with pretty architecture.  Of course there are many canals. 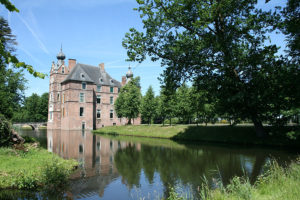 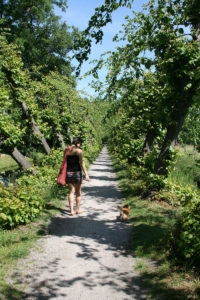 Back to Rigo and starting to work that lovely chest area.  Again I block in darkest areas first. 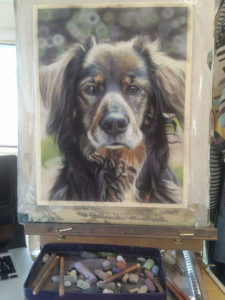 Just the central ruffle left to do and then whiskers and tweaks!

Thanks for visiting my blog.  Hope you enjoyed seeing what I was working on while travelling around this week. 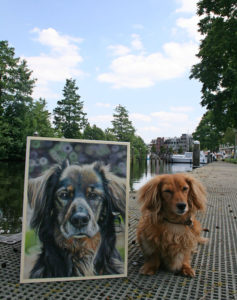 It’s the next day now and I took a little photo of Brocci posing with Rigo’s portrait next the canal we’re parked at.  Thanks again for visiting!