I was commissioned to paint Paddy’s portrait a while back and went to photograph him before I headed away on my travels. It was one of those top secret commissions where I sneak into someone’s house while they’re not there, obviously accompanied by the person who commissioned me.

Paddy was so sweet but a little unsure about this stranger there to take his photo, however he warmed to the idea as the shoot went on.  I managed to get a few good shots of him and more importantly a real sense of his wee character.  I hope you enjoy watching his portrait progress and also a few snaps from Verona where I was during the painting of it. 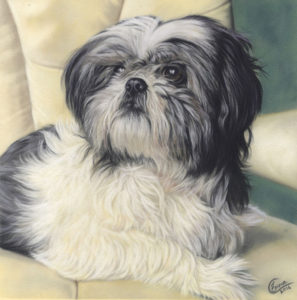 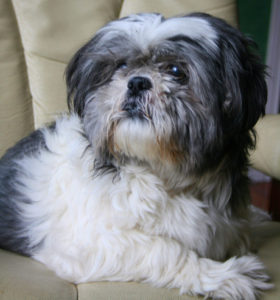 This was the photo reference we decided to go with. He was most comfortable up on this chair and it made a great backdrop for him.  In the painting I’ve warmed the colours a bit and added more of the green that was on the walls around him for the backdrop.  I also tidied around his mouth a little as it was unfair to spring a photo shoot on him when he had been having a nice peaceful nap! 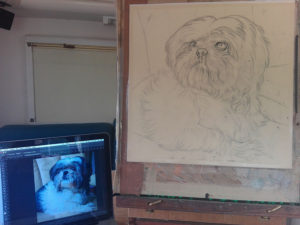 Here is Paddy sketched out and ready to go.  I love the square format for a portrait and it really suits this composition. 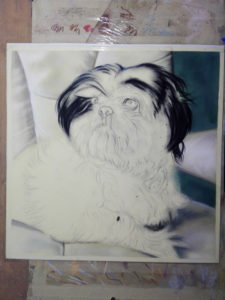 I have blocked in the background chair but won’t add too much detail as it will be the detail on Paddy in the foreground that will really jump out.  I’ve also started to block in some of the darkest areas on Paddy. 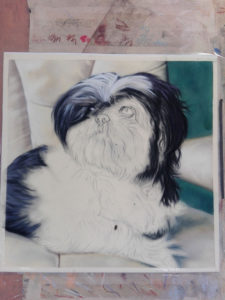 A bit more blocking in and also figuring out his colours on that left side.  Lots of shades of blue greys along with the creamy whites. 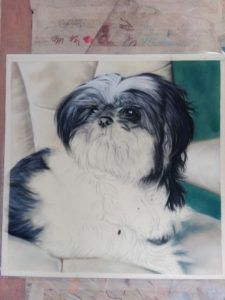 As with many of these breeds it’s often difficult to get a clear shot of their eyes as they are so deep set.  Paddy has enormous eyes but a lot of the shots had them hidden behind hair.  I really want to have his big eyes peeping out from there so I use Photoshop to brighten the photo in that area so I can clearly see their shape. 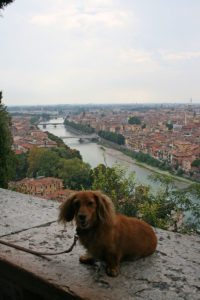 During this week we have a major breakdown in the motorhome and get stranded on a main road waiting for breakdown assistance for 5 hours!  It was a pretty stressful day, but while our van is in the garage we get the chance to spend the next day in Verona.  We hadn’t intended on stopping here as we were heading for Venice but I’m so glad it worked out this way as Verona was magical! 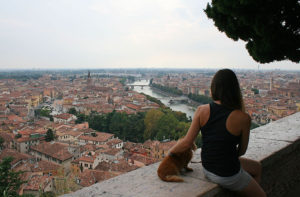 We find this view point overlooking the whole city.  What a view! 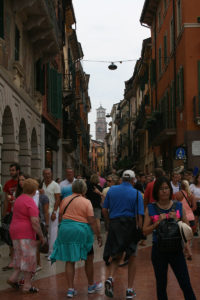 The streets in Verona are busy and colourful with accents from all around the world. 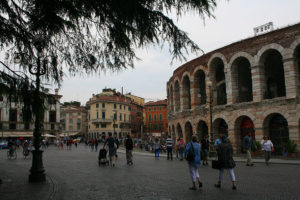 This is the Arena in Verona built in 30AD and is still used for concerts.  Hard to believe that these buildings were created before machinery! 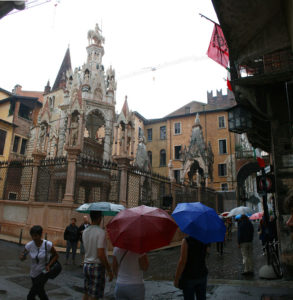 We got a bit wet in Verona, but at least it was warm.  It didn’t spoil the sights! 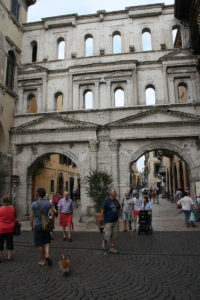 Entering through the wall around the city.  Brocci enjoys city visits as she gets a lot of attention from passers by! 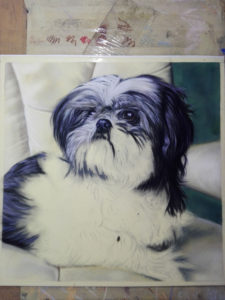 Back onto Paddy now and making progress on his face.  Once I get some of the hair around his muzzle and nose area his eyes really start to take on life.  I love his two toned coat and I make use of lots of warm greys and lilacs against the buttery whites and creams. 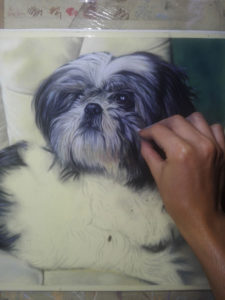 Getting there now that his mouth is in and I can see his full expression.  I do love these little dogs and their characterful faces. 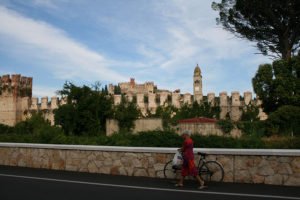 We moved on from Verona to a small town close by called Soave.  We hit lucky here as there was a wine and food festival on while we were there.  The food in Italy is fantastic, especially if you like fresh fruit and veg! 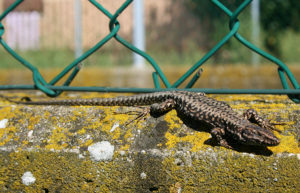 In the morning the van was surrounded by these little lizards soaking up the sun.  This one was quite the poser and tilted his head towards me at the sound of the camera beeps. 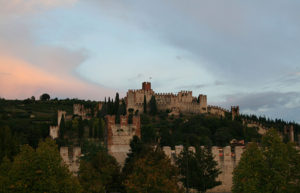 I’m including three shots of this castle as it looked so spectacular at all times of the day.  The big wall in front went right around the town which you entered through large arch ways.  It’s amazing to see such historical places still in use. 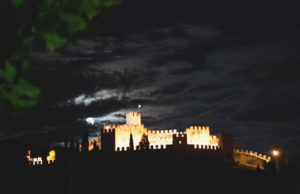 On our last night staying here we were treated to a full moon rising behind the castle followed by a huge fireworks to celebrate the festival. 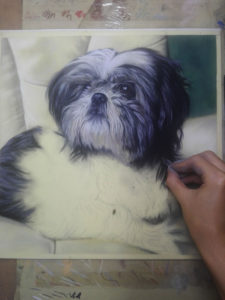 The next day I get back to Paddy and I’m on the home stretch now.  Tweaking at his face and making his hairs a bit more refined. 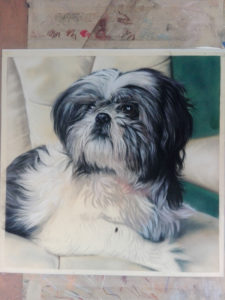 Working down his front which is mostly white shades.  I use many undertones on the white areas and light blues and lilacs on his shadow side.  You don’t want to overuse pure white or it will look very flat.

I hope you have enjoyed Paddy’s progress.  I hear that he has been gifted and his human was over the moon with it.  It’s always lovely to hear that the surprise is well received!

Please check back soon for more art in progress or get in touch with me at info@emmacolbertart.com for more info on commissioning your own portrait.